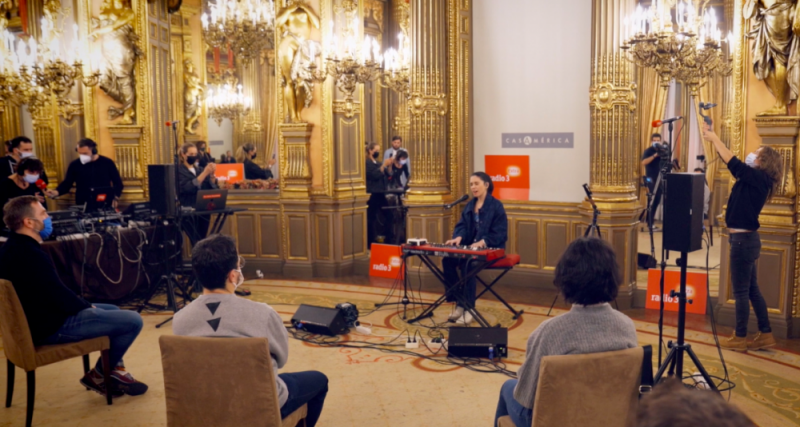 With Cloud-Based TVU Producer and 5G transmitters, RTVE Produced and Distributed A Radio 3 Musical Event to Traditional and Streaming Channels More Efficiently than Ever Before.

Unique to the TVU Producer platform is the ability to distribute seamlessly a live event to any output – SDI or landscape and vertical formats for social networks – from the cloud with virtually no latency.

“We were able to set up our multi-camera production incredibly fast and with minimal equipment and expense” said Tomás Fernando Flores, Director of Radio3.

“The production and distribution were entirely managed in the cloud. With the click of a button, we sent a very high-quality stream, perfectly synchronized, to every platform in the correct format. I’m thrilled with what we delivered to our audience. We have a solid history of innovation at Radio 3, and our recent application with TVU Networks solutions will change how we produce future live events.” This concert also marked the first time a 5G mobile transmitter was used for a live stream in Spain.

The multi-camera signal from the recent Radio 3 concert was acquired with a traditional broadcast camera equipped with a 5G TVU One mobile transmitter and three smart phones with the TVU Anywhere mobile broadcasting app (for fixed and moving images.) The TVU One unit was equipped with six modems – two supporting 5G and four supporting 4G/LTE networks. The audio from the radio broadcast served as the only audio reference distributed to all devices and broadcasts of the coverage. 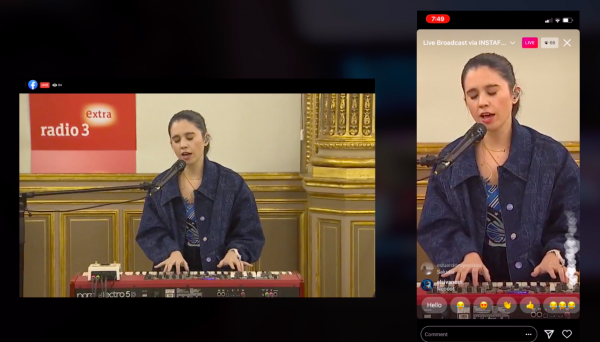 TVU Producer’s multi-channel IP video switcher automatically synchronizes its output to all receiving devices. Images were sent in the varying formats required for broadcast and streaming, including a specific vertical output for Instagram. The platform’s 9:16 Vertical Video feature allows users to simultaneously produce a live program in landscape and portrait mode.

“Radio 3 is truly a progressive force in Europe for advancing new technology,” said Rafael Castillo, VP of Europe, TVU Networks. “They were able to produce a fully synchronized, multi-camera, live event with ease and minimal cost. The set up for this recent concert from Casa America will be one that’s easy to reproduce and will benefit them greatly as they expand to an even larger audience with their one-of-a-kind programming.”

RTVE is the largest Spanish public media company. It is made up of TVE, with seven television channels; RNE, with six radio stations; the website RTVE.es, the RTVE Institute and the Orchestra and Choir. RTVE guarantees the existence of channels with diverse and balanced programming for all audiences with quality information, debate, education, and entertainment. RTVE is an innovative company. The Corporation develops projects that reflect its commitment to new technologies and sustainable development.

Cybathlon 2020 used TVU remote production solutions to connect competitors globally to compete in a series of races in which people with disabilities...