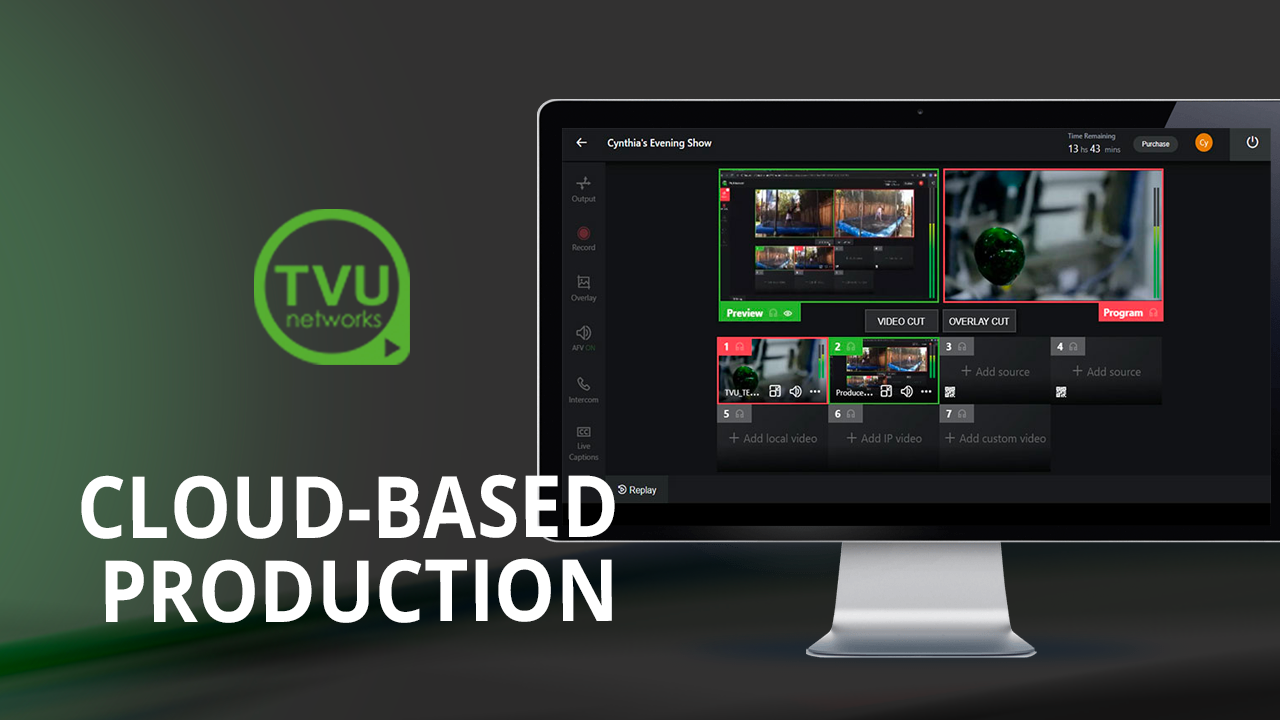 The Cloud And SaaS Are Forever Changing TV Production

Television production once required significant capital investment, real estate for studio space –or a sizable trailer in the case of Outside Broadcasting (OB)—and a commitment to produce a show at least until viewers decide whether or not they will watch.

While the approach has carried television forward for decades, this production strategy is not without its limitations. For instance, capital resources allocated to buy video switchers, audio consoles, effects systems and all of the other technology needed to put a show on air, might have been better spent on other priorities.

Further, once capital is committed and a show enters production, there may be a tendency to let it run longer than is justified by the ratings because of the sizable upfront technology spend. For media enterprises with multiple shows in production at any given time, this can translate into sizable sums spent on technology being misallocated and a certain rigidity that leaves the media enterprise in a weaker position to take on new projects that hold greater promise.

It also means television broadcasters in particular might be unable to spin up temporary channels for coverage of major news events, such as typhoons or political races, that address an intense hunger for information that will wane as the event passes.

Cloud-Based Production and SaaS
Until recently, this production equation was a given. However, new cloud-based production alternatives have emerged that break this paradigm. Rather than CapEx-intensive technology acquisition, a production alternative in the cloud is based on a pay-as-you-go model that makes it simple to spin up production resources as needed and spin them down when not.

This OpEx-based, on-off model of accessing production resources is only part of the story. Equally as important and intimately tied to this model is the notion of Software as a Service (SaaS). Leveraging SaaS means producers only have to pay for what they use—six camera inputs, 48 channels of audio or two channels of slow-motion replay—rather than planning for and buying hardware to handle peak production requirements.

It’s sort of like the producer of a remote event accessing more OB van production resources when needed but without the OB company buying technology for the biggest show and folding in a portion of what it costs into its overall rate.

For example, TVU Networks offers TVU Producer for cloud-based live multi-camera production. Running in the cloud, TVU Producer offers the vision and audio mixing, video server playout, graphics and CG capabilities commonly found in OB trailers. If additional video inputs are needed, it’s simple to spin them up in the cloud. The same is true for other production resources, such as editing for segments to be rolled in, and even more sophisticated effects.

TVU Producer virtualizes most aspects of on-site multicamera production in the cloud. In essence, it enables cloud-based REMI (Remote Model Integrated) production or, put another way, centralized offsite production of live events without the brick and mortar.

What it doesn’t virtualize are the cameras covering an event. However, it integrates those cameras tightly into the cloud-based production workflow via solutions like TVU One, TVU RPS and TVU Nano. These solutions encode SDI video sources as IP packets and transport them to the cloud via the internet and other networks.

Similarly, TVU Anywhere streams live video from iOS and Android smartphones and devices to an instance of TVU Producer running in the cloud. This is particularly handy for bringing guests and talent seamlessly in to live productions regardless of their geographic locations.

The Cloud and Microservices
This capability forms the basis of another innovative TVU Networks cloud-based solution, one that answered the call for reliable remote production communications to fill the void created by the COVID-19 pandemic.

TVU Partyline enables producers of live events to leverage the worldwide reach of the internet to transport ultra-low latency (so low as to be unnoticeable) video and audio via the internet to the cloud using iOS and Android devices as the on and off ramps. TVU Partyline supports a variety of use cases where real-time interaction among multiple parties is required.

Those include intercom communications with production crew; IFB communications with talent; virtual press conferences with reporters and newsmakers remotely located; newscasts that wish to bring in multiple newsmakers to a segment; and even virtual events and shows in which a large number of guests participate remotely, such as the awards shows that took the place of in-person galas during COVID-19.

For instance, producers of the 63rd GRAMMY Awards Premiere Ceremony relied on TVU Partyline to produce live streaming coverage of the event on Grammy.com and YouTube. While the event’s hosts and presenters performed at CenterStaging Studios in Burbank, Calif., the nominees participated remotely from their homes and other remote locations.

Nominees could watch the event transpire live on their smartphones or computers and participate during their segments with the Return Video Feedback (RFB) feature of TVU Partyline. Winners of each category were taken full-screen and gave their acceptance speeches live via the solution as well.

While not apparent to the producers using the solutions, TVU Partyline and TVU Producer leverage microservices—multiple mini software applications that run independently to take full advantage of the virtually limitless processing power available in the cloud.

Relying on microservices not only offers TVU Networks a variety of benefits when developing products like TVU Producer and TVU Partyline, but also brings advantages to content producers in the form of faster access to new features and products.

TVU Remote Commentator is a great example. Using various microservices developed for TVU Producer and TVU Partyline, TVU Networks was able to bring to market its Remote Commentator solution in record time. TVU Remote Commentator makes it possible for play-by-play and color commentators to work from home or their offices –not at the venue of the sporting event—thereby enhancing workflow efficiencies, reducing costs and protecting talent from possible exposure to COVID-19.

Fade to Black
Production hardware will continue to be used for the foreseeable future, but the trend away from this traditional approach is unmistakable. Virtualized equivalents in the cloud are more affordable and flexible than their real-world counterparts. Given the raw compute power of nearly limitless CPUs and GPUs and availability of A.I. and machine learning in the cloud, it’s not unrealistic to think a succession of yet-to-be-conceived production tools will emerge, each adding another reason to go virtual.

TVU Networks early on recognized the cloud’s transformational potential and the ability of SaaS-based solutions to power a revolution in television production. What is happening now is a change in TV that may one day be seen as big as any that’s occurred since television pioneer Philo T. Farnsworth plowed a potato field.