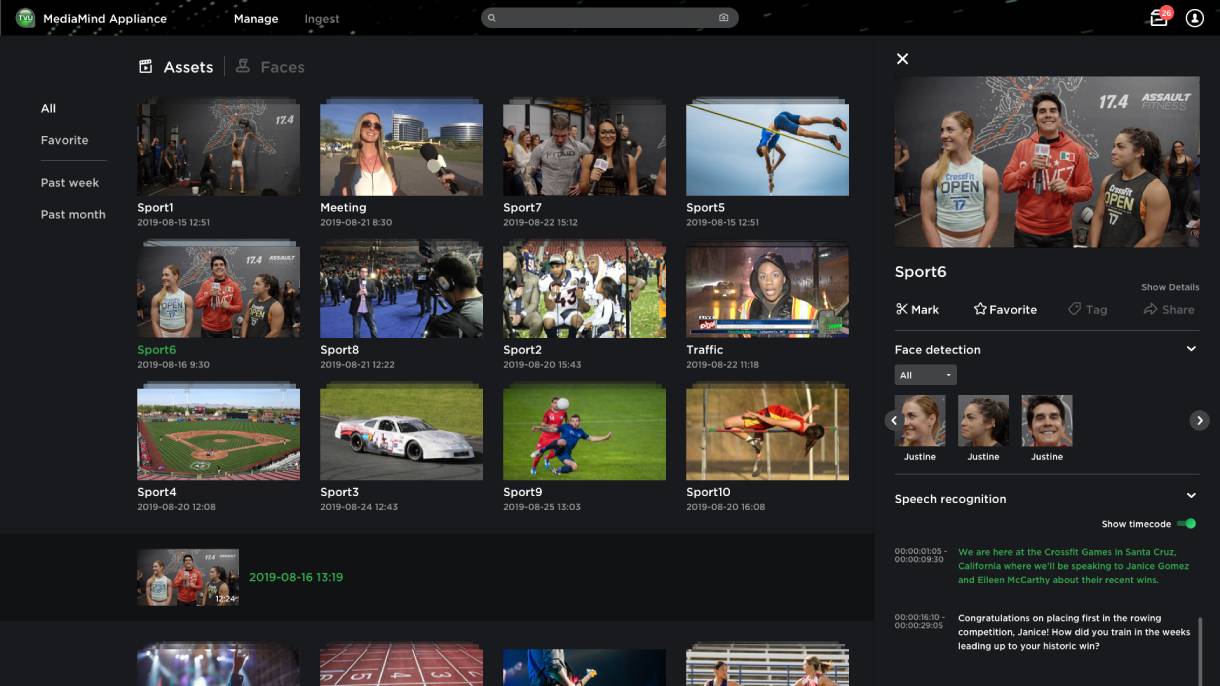 If you’ve been a broadcaster for a while, see if this sounds familiar?

Week after week, month after month, cassettes were added to shelves as the recording continued. Eventually, rooms dedicated to archiving grew up complete with shelves filled side to side, top to bottom with aired newscasts.

Now imagine this going on at the 800-plus news-producing local TV stations across the country, the major broadcast networks and cable news channels. Together, that represents millions of hours of stored newscasts.

Finally, think of all the raw video–much of it stored and some discarded—that was shot to create the news stories making up those stored newscasts. The amount of video is truly mind-boggling, and it’s absolutely worthless unless that archived footage can be searched, desired clips found and content ultimately used or monetized by the station.

Most TV stations are sitting on untapped revenue potential in the form of stored newscasts and raw footage. The problem is they can’t monetize it because they have no way to tell potential buyers what they have. Frankly, they themselves probably don’t know everything sitting on the shelves.

For there to be commerce, people must know what’s for sale. That’s true whether a business is an auto parts store, a restaurant or a broadcaster trying to monetize its archived content.

However, using artificial intelligence algorithms, such a speech-to-text, object recognition, facial recognition and many others, running on our TVU MediaMind AI engine it is possible to make that content discoverable—down to the frame. (I described in a recent blog post how TCT Television in Akron, Ohio, is doing just that with its 70,000 hours of archival footage.)

Imagine a scenario in which every local TV station, network news operation and cable TV news channel made its newly discoverable raw footage—that which has never been used in a story and clean, unbranded footage from stories—available to each other, regardless of whether the buyer and seller are competitors.

Of course, broadcasters would wish to hold highly prized footage out of such a hypothetical content marketplace and would have every opportunity to do so. Regardless of excluding those guarded treasures, there are huge benefits available. For one, broadcasters would have the opportunity to derive new revenue by licensing footage they previously had no practical way of accessing and marketing.

Another is making better use of photographers and crews. Why send them out to get video of a sunrise from the Golden Gate Bridge when hundreds or even thousands of such shots are available for licensing from this hypothetical archive?

Yet another is reallocating the dollars and time spent on travel and lodging to get certain shots to more productive uses.

The glue that holding this all together would be a centralized search engine available to all participating stations and networks that makes it possible to find relevant clips stored on premise or in the cloud by each broadcaster.

It really would make no difference to this centralized search engine where the content was being stored so long as it was all made discoverable by AI.

The final piece of the puzzle is a transaction engine that facilitates buying and selling licenses to use clips based upon a pricing model agreed to by participants.

With just about two weeks to go (as of this writing) before Election Day, the need has never been greater for TV news operations to take advantage of the latest technology to assist them in reporting on what voters need to know....