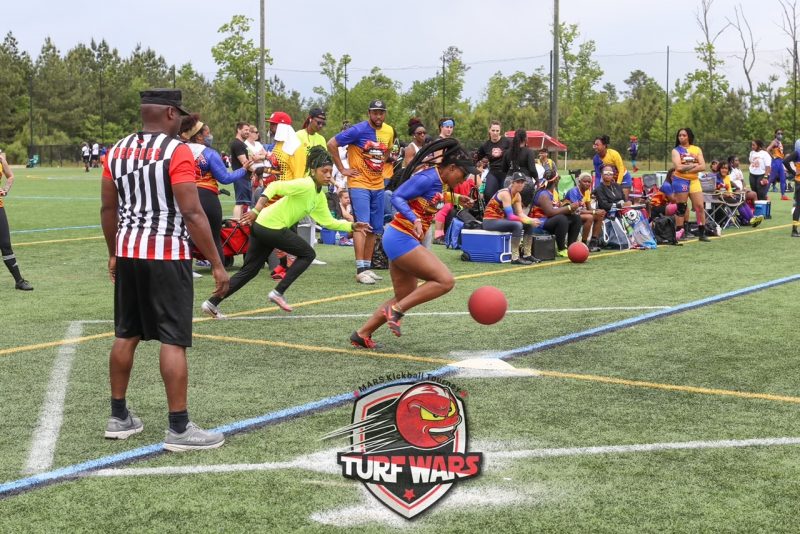 Arion Herbert and his wife, Erica, started M.A.R.S. in March of this year with an offering of 3×3 basketball, softball and kickball games in their hometown of Charlotte. Quickly, one sport seemed to rise above the others in terms of play intensity and interest – kickball. They held a series of national kickball tournaments called Turf Wars with cash prizes and local business sponsorships.

“We quickly discovered that our audience was far larger virtually than physically,” Arion Herbert said. “I needed to channel my energy into a live stream that would be a great experience for those who were interested but couldn’t make the event.” He set up a website called allkickball.com.

After much research, he selected a professional video production and delivery solution from TVU Networks, the same cloud-based technology used by media organizations globally to produce professional live event coverage. A laptop at games powers TVU Producer for multi-camera live video production. Because online fans were eager for live score and play updates on the M.A.R.S. Facebook page, Herbert uses the integrated graphics overlay feature within TVU Producer to create live graphics that match their brand.

“We position three portable live streaming cameras on tripods around the field to give viewers a full view of the competition from different angles,” Arion Herbert explained. “With the three cameras connected to TVU Producer on our laptops via a RTMP, we’re able to seamlessly transition from each camera position as the action happens with low delay and excellent picture quality.”

Upgrades were made to a 5G mobile hotspot for the latest Turf Wars tournament in Gatlinsburg, TN on September 25th and 26th. Since the city is surrounded by mountains on all sides, Herbert did a thorough check on connectivity before the live stream. The system performed without a hitch during the tournament.

Herbert is looking beyond a U.S. audience. “We’ve been in touch with a kickball organization in Panama, and I’m researching all the countries the sport’s played so we can tap into those markets.” He sees a World Championship in the future and is researching what it takes to be recognized as an Olympic sport.

“What M.A.R.S. has developed with TVU Networks as an enabling technology is so impressive,” said Greg Doggett, Director, Sports, Entertainment, and Strategic Alliances, TVU Networks. “Arion and Erica listened to what their fans were looking for, did their research, and found the best possible delivery method. Any business that’s reliant on live production and distribution to grow should look to their approach as a model. We’re thrilled to support innovative, entrepreneurs like the Herberts.”