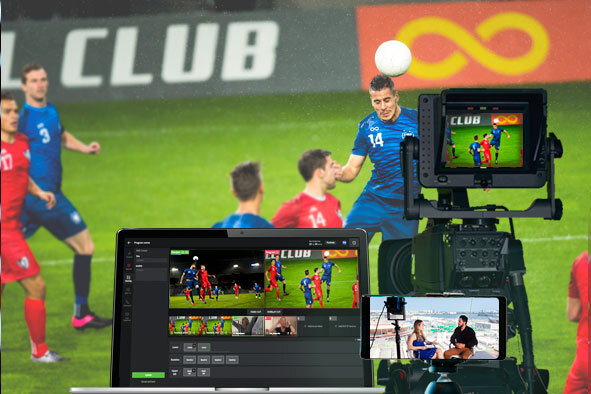 How would you react if you jumped back in time by a few seconds? Or better stated, what would you think if the live auto race you were watching on TV appeared to jump back in time with the switch from one camera to another?

For the millions of us who love to watch live sports productions, the thought has never even crossed our minds, and there’s an important reason why.

The broadcast industry –whether in a professional studio or on-site at a sporting event from inside a massive production trailer—ensures its cameras and other sources are in perfect synchronization with the assistance of a sync generator, a device that serves as a master time reference.

Without a sync generator to provide a time reference, multi camera productions would suffer disastrous consequences, such as:

While well understood and planned for by broadcasters and others who produce professional programming, the importance of synchronizing all sources is no less important in an era when work-from-home mandates drive a desire for remote video production, IP transport is replacing SDI signal routing and virtualized production tools like switchers, graphics generators and playout servers reside in the cloud.

Running on a parallel track to this revolution in technology and social-distancing mandates is a new wave of video producers whose cameras may be no more sophisticated than their smartphones and whose distribution channels bear names like YouTube, Facebook and Vimeo.

Regardless of their sophistication, however, both groups of video producers share in needing to synchronize their video sources as they turn to the cloud and internet as alternatives to traditional production techniques.

Succeeding with your remote production over IP

Simply because modern production is migrating to IP video and the cloud does not mean vendors that come from those worlds grasp the fundamentals, much less the subtleties, of what’s required for a successful video production.

A good place to start determining if particular vendors can help is to look at how they synchronize cameras and other sources—or even if they make such provisions at all. If not, run.