“Sports and news executive management imagined that these new transmission solutions would decrease the need for SNG vehicles,” says Patrick Vautier, technical director, L’Equipe “That it would be enough to leave with a camera, a small bag and a cable.”

Vautier notes that even though the cellular video transmitters were a small revolution in 2010, it was necessary to roll with the punches when using these solutions as 3G’s prevalence and its saturated MMS networks made the task difficult, both for live broadcasting and for routing images. “We quickly understood at that time that the successful trials were far from the expected results during and after the games, so it was necessary to find countermeasures, such as preparing enough batteries to avoid getting disconnected,” he recalls. 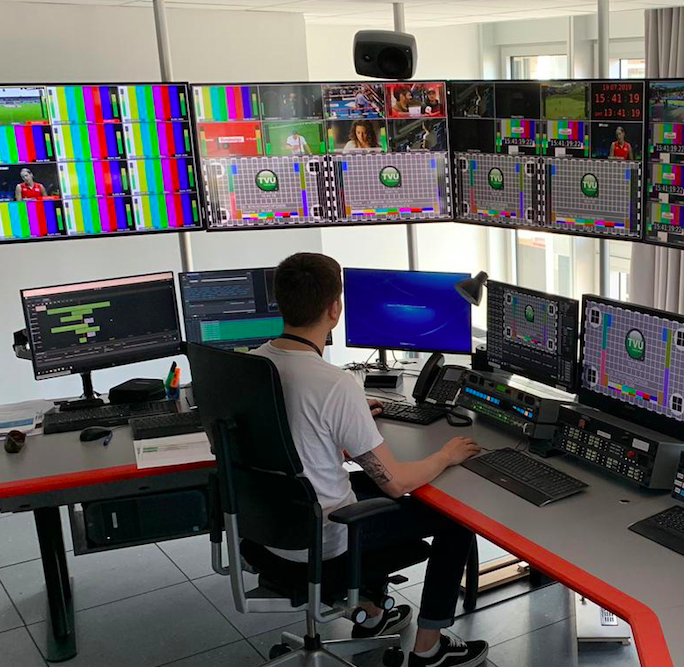 News reporters often went into the field without a team. “Early on, the technology did not allow the solo reporter to overcome potential technical problems – even if the connection procedures were greatly simplified,” states Vautier.

For the technical direction of the station, it was important not to depend on a single system: “That’s why we quickly chose to add a second solution to L’Equipe’s journalists: TVU Networks,” notes Vautier, “We started deploying TVU Networks in 2012, as soon as L’Équipe TV became L’Équipe 21 for digital news, which became L’Équipe in 2016.”

For Maxime Bidan, newsroom operator, L’Equipe, TVU is “simply the most intuitive and easy to use. We take control of the equipment remotely, freeing the journalist of any technical constraints.” He particularly appreciates the ability to modify the delay within TVU equipment: “This option, which is only available on TVU solutions, provides us with better video quality, especially in difficult environments with limited, congested or a fluctuating cellular network.”

The journalists’ satisfaction continues to grow as TVU solutions continue to improve, particularly operations in congested environments. L’Équipe started using TVU One as soon as it was released, “which allowed us to improve in compactness, lightness and efficiency in the field with built-in batteries,” says Blum.

“Our next evolution will undoubtedly be the transition to the TVU One with HEVC,” adds Patrick Vautier. “HEVC consumes less energy and therefore less data without compromising quality. It provides autonomy to the user.” 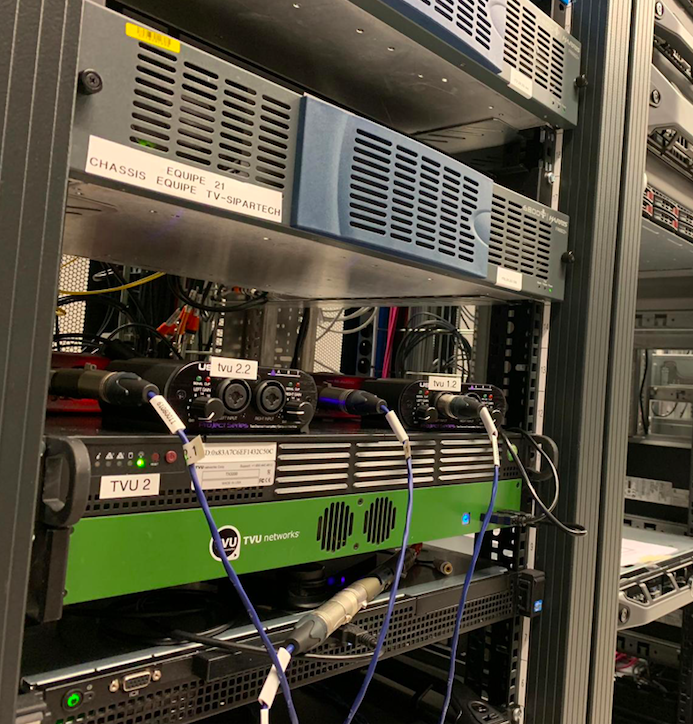 “In the field, we have become used to working with several sets of SIM cards,” says Blum. “Mobile operators Orange, SFR and Bouygues for France; Orange and Vodafone for Europe; and 3HK cards for the rest of the world.”

“This strategy allows us to be ready for nearly 85% of the situations we encounter,” says Vautier. “In order to mitigate the unfortunate hazards of cellular networks, such as different frequencies from the rest of the world, we rent additional TVU units from our dealer Magic Hour for some countries. This is what we’re doing for our coverage of the next Rugby World Cup, to be held in Japan.”

While L’Équipe has used TVU Networks solutions for contribution toward its final distribution for a few live matches (basketball and volleyball local games), the main usage is for video transmission of daily news and live feeds during the program L’Équipe du Soir. “We estimate around two hours of daily use, from the TVU One TM1000 packs and the TVU Anywhere app on smartphones,” says L’Equipetraffic operator Maxime Bidan.