“At Mercedes-Benz Stadium, we use TVU solutions extensively. They are easy to use and simple to execute.”

Mercedes-Benz Stadium is a multi-purpose stadium located in Atlanta, Georgia, United States. Opened in August 2017, it serves as the home of the Atlanta Falcons of the National Football League and Atlanta United FC of Major League Soccer. It also serves the local community by producing special interest events. 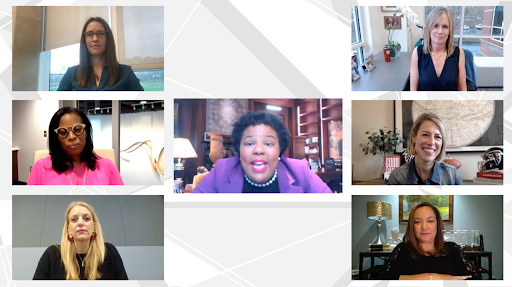 Mercedes-Benz Stadium was scheduled to host two separate virtual events for Atlanta United FC and AMB Sports + Entertainment. Atlanta United FC was kicking off the soccer season with a live stream of a hosted panel with all four participants participating from remote locations. The second event from AMB Sports + Entertainment was a hosted and live streamed local community event in honor of Women’s History Month. “ConvHERsations” featured a seven women panel focusing on career paths for women.

All of the participants at both of these events were in different cities across the US, requiring remote participation. The challenge was to professionally produce the live shows seamlessly with the ability to add graphics, play music, sync audio, cue the talent during the live program and do it all on a single platform.

Mercedes-Benz Stadium team chose cloud-based TVU Partyline®, a real-time collaboration and engagement  platform, and TVU Producer, a live video production solution, to produce both live programs. The production team consisted of one person running graphics, another person producing the show, and a third person talking to the talent, managing audio, and cuing the talent.

“It was simple to go to various multiple box looks and then cutting to sources. It was also easy to stream that output to the media and social media channels that Atlanta United was looking to do,” explained Dolinky.