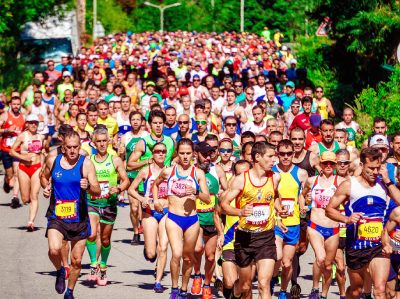 Local broadcasters have known for years that viewers like watching their children, nephews, nieces and grandchildren playing high school sports on TV.

What if there were a way broadcasters and other video producers could tap into that same enthusiasm for watching athletes—not necessarily high school athletes, but all participants at a big event—that viewers are particularly interested in, such as a spouse, a child, a friend or co-worker?

Thanks to the power of the facial recognition algorithm running on our TVU MediaMind AI engine and the power of social media and digital distribution to augment the reach of traditional telecasts doing so not only is possible but will soon become table stakes for video producers.

Most coverage of these events focuses on the leaders in the race—both the men and the women, which makes perfect sense overall. However, by taking advantage of facial recognition algorithms it is possible for broadcasters to begin rethinking how they approach their coverage.

Nothing will change as relates to the leaders in the race, but with facial recognition identifying runners as they cover the 26.2-mile course, broadcasters have the opportunity to produce custom race coverage.

Viewers who have connections to specific runners –co-workers, friends or relatives—could track their personal favorites as they progress through the race watching shots from cameras trained on the route shooting runners as they pass and the MediaMind AI engine identifying them in real time.

The Social Media Complement
Social media and online distribution can complement this AI application, making it possible for broadcasters to offer viewers personalized video footage of these runners, who typically would never or only fleetingly receive coverage during the main race.

Offering this type of coverage taps into a level of fan engagement that’s analogous to the interest in high school sports broadcasters take advantage of in their local markets. In the process, producers covering a marathon in this fashion can build audience, interest and viewer engagement in a way that otherwise is unimaginable.

Beyond the Race
The same facial recognition algorithm can be used to identify celebrities and other high-profile individuals lining the race route, opening up one or more other special-interest channels for distribution via social media and online.

Doing so further heightens interest in the race and potentially attracts a new category of viewer who never before thought about watching a marathon.

Obviously, a marathon is only one of many such applications in which video producers can leverage social media and digital along with AI facial recognition to enhance coverage and audience engagement with an anchor event.

But to paraphrase a well-known aphorism: A journey of 26.2 miles begins with a single step.