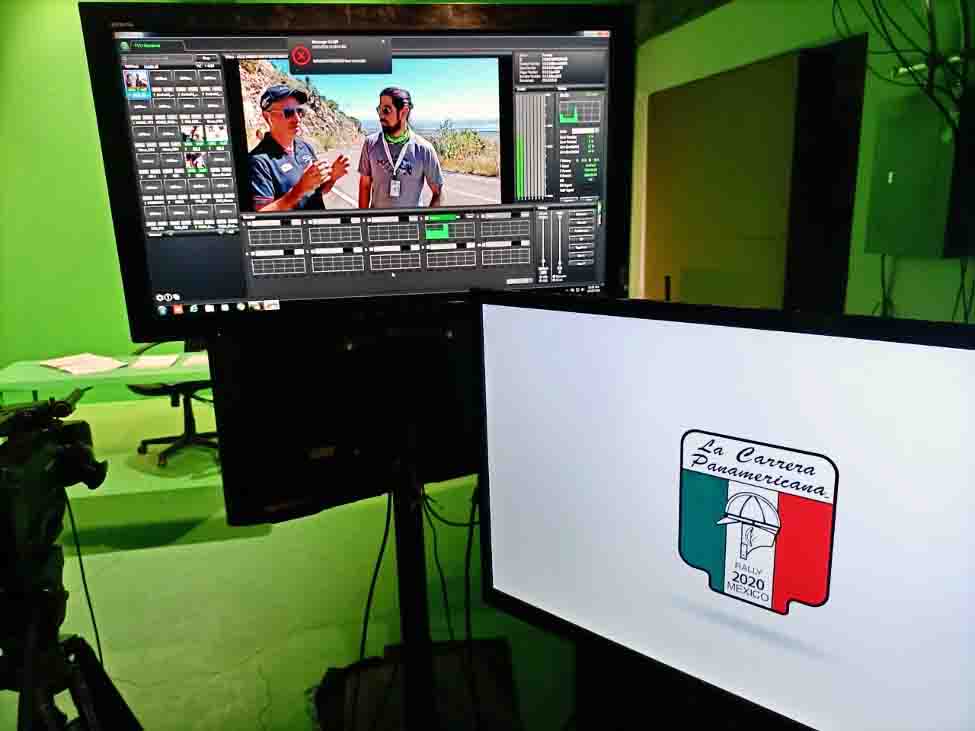 The La Carrera Panamericana is known to race fans the world over as one of the few remaining open road races—a grueling seven-day journey on closed roads traversing nearly 2,200 miles from Oaxaca to Torreon, Mexico.

Producing coverage of the race is equally demanding, especially for the 2020 edition, which organizers for the first time chose to stream live across four OTT channels with 10 to 12 hours of daily coverage Oct. 15-22, 2020.

Mexico City-based KM Group International (KMG) produced and transmitted each stage of the complex race. Relying on a combination of remote transmission technology from TVU Networks, including TVU One transmitters, TVU One Nano transmitters and the TVU Anywhere app, KMG contributed live video from locations as diverse as the starting arches marking the beginning of the day’s race, points along the route and each day’s finish line.

With TVU Networks technology, KMG was able to get creative with its coverage. Live video from wireless cameras, drones, studio camera shots and video cameras affixed to the interior of cars transmitted to KMG’s production center in Puebla City, Mexico.

“The challenges involved with contributing live signals from so many remote locations—both from our production equipment and from the cars themselves—were huge,” says KMG Technical Director Roberto Kenny.

However, the TVU Networks contribution technology was up to the task, enabling KMG to simplify operations and logistics as well as reduce costs. 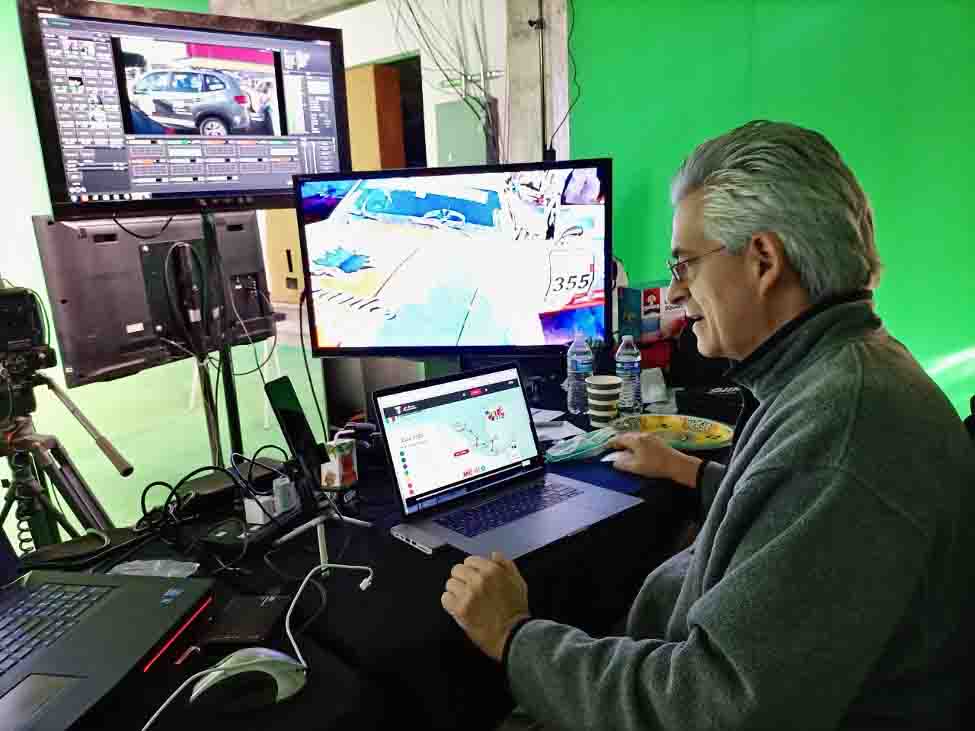 TVU One is an advanced cellular transmitter that enables broadcasters like KMG to contribute live remote HD and 4K video via wireless networks, Wi-Fi and other internet connections. As a 5G-ready transmitter, TVU One supports real-time, dual encoding so one live stream can be transmitted to a production center and another can be recorded.

To contribute live video from the close confines of car interiors, KMG used the TVU Nano transmitter with an external antenna. The smallest hardware transmitter in the TVU Networks lineup, TVU Nano encodes HEVC/H.265 with Full HD picture quality and a latency of 0.5 seconds.

The TVU Anywhere broadcast app for Android and iOS smartphones enabled KMG to contribute candid Full HD video of racers and fans, capturing their reactions as each race day progressed.

“These TVU solutions allowed us to innovate in our coverage of the event, capturing the emotion and excitement of the race,” says KMG technical director Roberto Kenny.

“This was the first time a live race was covered across various states in Mexico—through changing climate conditions and geography,” he adds.

Working With The TVU Team

KMG regarded TVU Networks as more than a vendor. Working together to plan coverage and relying on the close support of TVU Networks gave KMG confidence that live coverage of the race was possible despite the many challenges.In Mexico, 4G coverage is inconsistent, especially in many of the rural areas through which the race ran.

KMG and TVU Networks’ technical team worked together to ensure contribution of the highest quality HD video regardless of network conditions.

The solution involved relying on TVU Networks’ patented IS+ technology, which dynamically adjusts to changing bandwidth availability to maintain reliable transmission of high-quality video even when in motion.

“Understanding your production and coverage needs as well as developing products based on constant interaction with users is of the utmost importance,” says Kenney.

It’s this level of assistance that sets TVU Networks apart from competitors, he explains.

“There are several solutions in the market that are similar to those provided by TVU,” says Kenny. “But the big differentiator is how closely TVU Networks works with its customers to make sure they succeed.”

While ensuring wireless bandwidth access throughout the race was the biggest challenge, it was by no means the only hurdle to overcome.

Data usage was also a consideration. Needing to transmit at least six hours daily of continuous video from the TVU Nanos and four hours each day from the TVU One TM1000 transmitters, raised a concern with KMG.

However, after doing some math that took into account the data transmission efficiency of TVU Networks IS+ technology, TVU Networks technicians were able to demonstrate that data usage would be within KMG’s planned budget.

Yet another concern was streaming audio from inside race cars. The cameras feeding the TVU Nanos in the cars were not equipped with microphones. However, at the suggestion of TVU Networks, an external mic was connected using IFB to stream audio from within the car as well as video.

Finding solutions to production challenges has been a part of television for as long as people have watched.

However, the technologies used to meet those challenges are changing at an accelerated pace, says Kenny.

“Our environment as broadcasters is radically changing,” he says. “We are in a different environment and production context than in the immediate past.”

“These solutions for remote production give us the ease and efficiency to achieve coverage for the current situation,” he explains. “They simplify operations and logistics and reduce costs.”