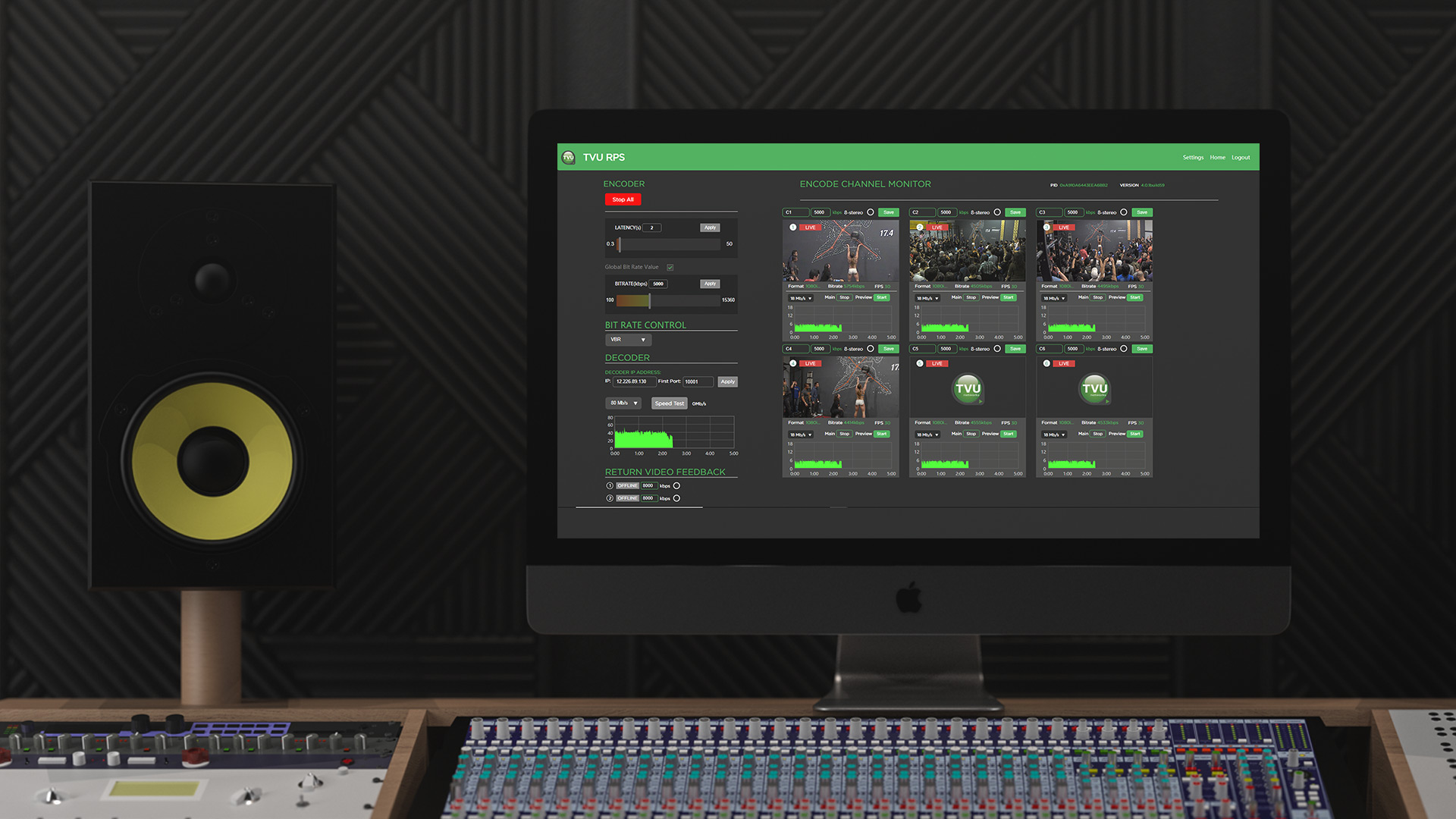 The greatest promise of Remote Integration Model (REMI) production is also its greatest challenge: how to leverage centralized production control hundreds or thousands of miles removed from a venue to reduce production staff needed on site without sacrificing quality or compromising control.

Consider camera setup and control for a multi-camera production. Typically, camera operators at the game track play, responding to instructions from the director to pan and tilt their cameras as needed and zoom in on game action.

One step removed from the cameras—usually inside or just outside the production trailer—are camera control units (CCUs). They handle signals to and from the camera, including HD or 4K signal output, and a variety of inbound signals, including return program video, tally signal, intercom and various control signals to adjust camera parameters.

Imagine how visually jarring it would be for a viewer at home if the switch from one camera to the next made the grass appear a different shade of green or the jerseys worn look like two different teams controlled the ball.

When a video production is done on site with CCUs hundreds of yards away from the cameras they control, tweaking a camera remotely is essentially an instant act. The same can be said of the response of camera operators to instructions from the show’s director to adjust shots as needed.

Remote Control
A REMI production strategy up ends that model. The distance between camera operators and the director and cameras and their CCUs is likely measured in hundreds of miles, not feet or yards. Perhaps there are no camera operators at all, and remote-controlled robotic PTZ (pan-tilt-zoom) cameras are deployed.

In either case, it’s necessary the camera shading and responsiveness to the director’s commands to be the equal of on-site production. To do otherwise means the final production will be something less than what viewers have come to expect from decades of watching TV.

Complicating matters for REMI productions is the fact the public internet is frequently used to transport a variety of signals back and forth from centralized REMI control –whether it’s a brick-and-mortar production control room or a virtualized equivalent in the cloud and the venue. The challenge this creates is twofold.

First, the signals carrying intercom communications to camera operators on site, control signals to PTZ robotic cameras, and camera shading instructions are critical to the success of a remote production. If they don’t arrive or arrive late, the show may suffer a catastrophic production failure. Second, internet transport of those signals can introduce latencies, which left unaddressed will directly translate into degraded responsiveness and ultimately a production that fails to match what could have been done on site.

TVU Networks TVU RPS
TVU Networks developed the TVU Remote Production System (RPS) specifically to support REMI multi-camera production. Up to six SDI camera feeds can be input into a TVU RPS encoder on site, encoded as HEVC H.265 video and then transported as IP packets to a TVU RPS decoder. (Additional TVU RPS systems can be daisy-chained and synchronized for productions with more than six cameras.)

TVU RPS Version 6.0 offers a new low-latency preview mode for the RPS encoder web GUI. Latencies as low as 100 milliseconds are achievable, making it possible to have nearly instant preview of the RPS input video sources from a remote studio.

This super low latency means an operator at the REMI production hub is guaranteed accurate control of robotic cameras that essentially happens in real time. The same is true of camera shading, enabling remote CCU control to make instant tweaks to camera setup as needed.

Further, because TVU Networks has focused on delivering low-latency IP connectivity rather than simply controlling one type of camera or CCU remotely, TVU RPS can facilitate remote control of a long list of devices with network connectivity.

Powering REMI Production
Broadcasters around the world have deployed TVU RPS to support REMI workflows for the production of sports, entertainment and cultural events.

Sobatech Group deployed TVU RPS for Spanish broadcaster Betevé’s live coverage from the monthlong Grec 2020 Festival of Barcelona. Rather than sending an OB truck and full production crew, Betevé used only five camera operators and a single technician on site and a REMI production workflow powered by TVU RPS.

For the Triathlon World Championship Finals in Hawaii in October 2019, video production company Letsee deployed TVU RPS and eight TVU One mobile transmitters. Letsee contributed camera feeds via TVU RPS to its centralized production control in Paris and provided return program video and other signals to its production monitoring team in Hawaii via the public internet.

These are but a handful of TVU RPS deployments that are helping to transform remote television production.

The production companies that have adopted TVU RPS to link on-site cameras with their distant centralized production control studios count on the solution not only for reliable, high-quality transport of camera signals but also for near-instant camera shading, robotic camera control and transport of other signals vital to the success of the production via the system’s ultra-low latency VLAN Tunnel.

With TVU RPS, multi-camera live production can be done for a fraction of what it costs to send a crew and production truck to a venue. TVU RPS also enables control over cameras and setup parameters and ensures the production meets the quality expectations of producers and viewers alike.