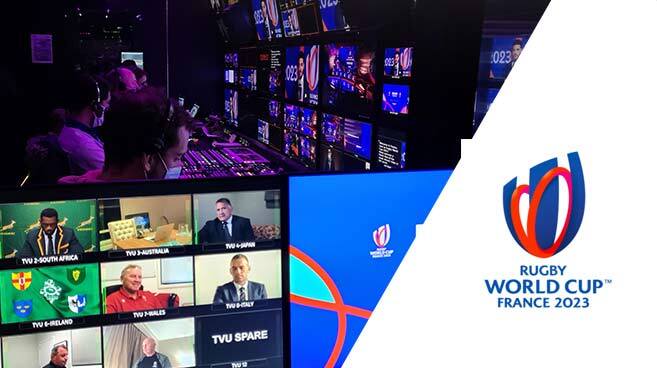 “...World Rugby and HBS designed and implemented a set-up using TVU solutions that still allowed for an interactive and dynamic broadcast product for fans around the world,” indicates World Rugby head of communications Dominic Rumbles. 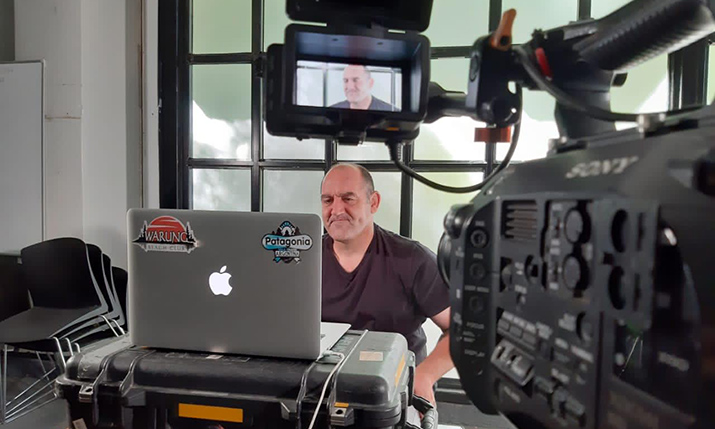 While many sports events are at a standstill, or have had to reduce their activity and scope due to the COVID-19 pandemic, adapting to the constraints of the ‘new normal’ situation is the key to finding ways of offering a robust broadcast product for the ones that are still taking place.

Such solutions maintain the engagement and create anticipation for the world-class events that will be held in the coming years.

Looking towards the future and starting preparations for the next Rugby World Cup, which will be held in France in 2023, World Rugby and the France 2023 Organising Committee, hosted the event’s draw at Paris’ Palais Brongniart on 14 December 2020. Host Broadcast Services (HBS) was tasked with capturing the event. 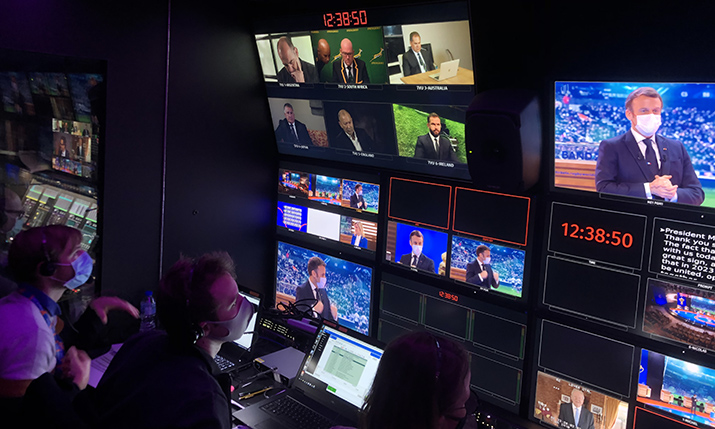 With ongoing travel restrictions, many of the team representatives couldn’t physically be in Paris on the day of the draw.

“To mitigate these absences, World Rugby and HBS designed and implemented a set-up that still allowed for an interactive and dynamic broadcast product for fans around the world,” indicates World Rugby head of communications Dominic Rumbles.

Apart from the French coach, Fabien Galthié, who was able to attend the draw, the other 11 coaches from South Africa, New Zealand, England, Wales, Ireland, Australia, Japan, Scotland, Argentina, Fiji and Italy, had to follow the draw from their home base.

“The participation of the head coaches was key to generating and meeting the huge global media and fan interest. When needed, we organised for production crews to capture their reactions wherever they were in the world while respecting the respective COVID-19 measures,” Rumbles continues. 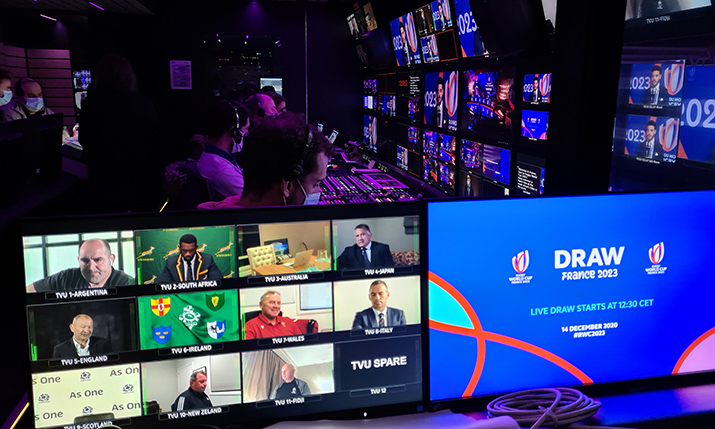 In some cases, the coaches were filmed by members of their staff, with their own equipment; for set-ups where the interviewee needed to be fully isolated (in a ‘safety bubble’), the live footage was captured from the location via the coaches’ own devices, using professional video contribution software. In other situations, World Rugby and HBS sent camera operators and their kit on site.

Transmissions back to France were done using a cellular-bonded unit, the TVU One from TVU Networks, fitted with up to six SIM cards covering all the main local telco operators.

“With this solution, even though we were using a 4G public network to uplink the data to the cloud, we were putting in place a fail-safe environment. The unit is capable of instantly switching from one provider to another if there is a drop in the quality of the connection, thus ensuring that the telco infrastructure through which we beamed the data was reliable and redundant,” details Rafael Castillo, vice president of Europe at TVU Networks.

Setting up such an operation was not without its challenges. Logistically speaking, shipping nine units across the world in the middle of a pandemic kept the team fully occupied. Editorially as well, briefings had to be held between the HBS production team and members of the teams’ staff in charge of filming the coaches, to ensure a level of consistency was maintained across the board.

The most daunting hurdle, however, proved to be technical. The coaches were receiving the feed of the live draw through a web real-time communication (RTC) protocol, which can be subject to a small amount of latency. Their footage was transferred back to a local server in Paris through the cloud, which is a route that can also experience a build-up of latency.

“In itself, this was not an issue for those attending the live event, but it posed a conundrum for the broadcast-distributed version of the draw, as the narrative of such a showcase is heavily reliant on capturing the live reactions of the coaches at the precise moment the results are announced,” explains Gary Shaw, Rugby World Cup 2023 project director for HBS.

To avoid finding themselves in a situation where the viewer would have to wait a few seconds between the announcement of the pools in Paris and the coaches’ reaction, the production team had to come up with an innovative solution where the feed of the physical event would be buffered to align with the moment the coverage of the coaches was downlinked in the OB van.

Creating this loop then allowed the production teams to mix the video and audio sources following the usual protocol, to produce a broadcast-worthy show.

“We always say live is king, but in cases like this, where you have to factor in more than ten sources coming from different locations, curating content becomes paramount to producing a show that maintains the high standards we’ve set,” concludes Shaw.

Thanks to an effective mix of technology, editorial talent and flexibility, the Rugby World Cup 2023 Draw was able to offer fans a first taste of what will be an unforgettable event.

The 2023 Rugby World Cup Draw took place on 14 December 2020 in Paris. The tournament itself will take place in September and October 2023 in France.